. Ma ho amato il mezzo shade di Sandra, 'You wanted a blindside. You got you one.' 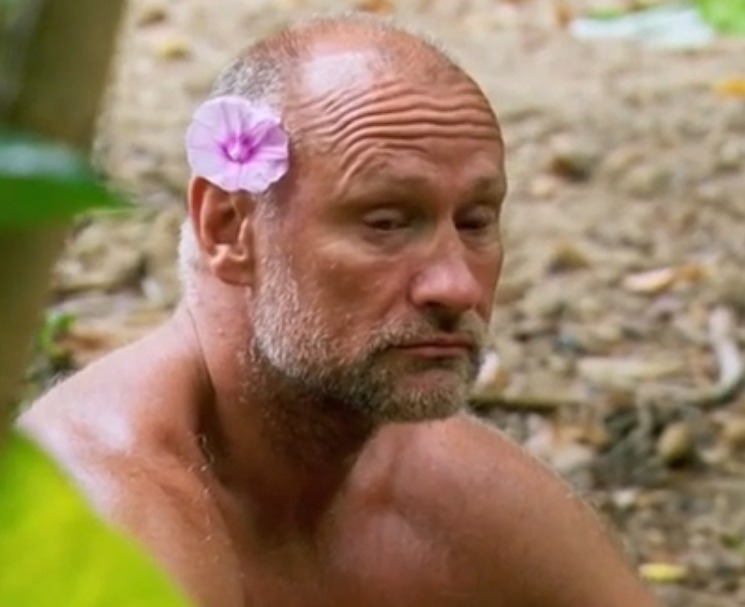 You were understandably shocked at your blindside at the moment. You’ve now had the opportunity to view what happened in the episode. What’s your reaction to it now?
I’m still just as confused as I was then. I don’t want to sound bitter, because I’m not. But I look at this game pretty logically and fairly. To me, there’s no rationale behind voting me out when they did. Sometimes in episodes, you don’t know why someone went home, and there’s stuff they didn’t show because there’s only a certain amount of time. But with my vote, it switched to me last second. I don’t know why people agreed to it. It doesn’t make sense! It’s not a smart move at all. People want to make a move for the sake of making a move.

I remember Aaron saying, “I want to blow this game up,” and Missy saying, “Everyone here’s a sheep. It’s time to make a move.” It’s Day 11! We all knew a swap was happening. Why are we trying to rock the boat right now? Sometimes, as boring as it is, the safe move is the right move. The Dean move didn’t make sense. Me going home makes even less sense.

We heard a lot of talk at Tribal Council about how much scrambling was happening on the beach that day. Did you notice that happening more than usual?
I didn’t. I do remember people going off on walks. With a lot of these conversations, I look back, thinking, “Where the hell was I?! What was I doing that whole day?” I remember having a whole conversation with Missy, Elizabeth, and Elaine when we first got back. We had planned it to be Karishma for so long; we talked about it again there. I remember in David vs. Goliath, Natalia was very paranoid and kept asking Alec, “That’s the plan, right?” And she ended up going home. I didn’t want to be that paranoid person, asking everyone 20 times.

We ate dinner right before Tribal, and this moment stuck in my head. Missy and Elizabeth were cooking rice and splitting portions. At that point, Karishma was off on a confessional, and they accidentally barely left her any. And Elizabeth started laughing and was like, “Well, she’s going to be eating tonight!” That was right before we left. I love Elizabeth to death, but she’s not strategic to throw me off like that. It was Karishma up until the very last second.

From our perspective, it looks like the women’s alliance on Lairo has officially broken apart. How strong was that coalition going into Tribal Council?
The girls’ alliance was a thing. But on Day 5, after Aaron was blindsided, me, Elizabeth, Missy, Aaron, and Dean formed a secret alliance. That makes Vince’s vote make more sense. The girls were close with Elaine, but we completely lose Karishma by offering her up as a contingency plan. We said, “If we do this, she needs to go next.” I prioritized that five-person alliance more than the girls. Missy and Elizabeth were the two I felt closest to, and I felt way closer to them than I did with Dean.

We saw that closeness, with Karishma even calling you sorority sisters. What drew you three together?
As soon as I heard that comment, I was like, “She’s not with us. She needs to be next; clearly, she’ll flip on us. No ifs, ands, or buts about it.” It’s not like we were mean sorority girls. I was in a sorority in college, and we were very nice. We didn’t ostracize her. We were all super close with Elaine, too, and you didn’t see her calling us sorority sisters. You see her throwing us around in the water, and I guess that’s not in Karishma’s personality to do that. She was coming in with certain values and things she can or can’t do because of her background.

Speaking of Dean, can you elaborate on your relationship with him?
I was not in a showmance with Dean. It sucks that’s part of my narrative going out. But perception is reality, I guess. You see I cuddled with him one night. But you do that with everyone. And it was raining that night; it was for warmth. I didn’t get the feeling out there that people thought we were in a showmance. I think anyone you talk to on Lairo would say that too. You saw Elaine throw that out and I said, “I’m not here for a showmance.”

It sucks. Tom and Elaine were super close out there, and that’s apparently okay. Missy and Elizabeth were super close out there. I was close with them, but I knew I was the third wheel and was okay with that. I thought that was just going to paint a target on them later. So I don’t know why it happened to Dean and me. Even if it was a showmance, that’s a shield for Missy. We all knew a swap was coming. Rather than do the safe vote of Karishma, Missy keeps saying, “Karishma is a vote in my pocket.” But so were Dean and me! Now they lose me, blindside Dean and possibly lose him, and keep Karishma, who’s going to flip. Instead of going into a swap with seven, now you go in with five.

How did it feel to see Missy to ultimately be the one to throw your name out?
To be honest, before that, I was putting Missy way before Dean. Watching that really hurt. It’s one thing to go early and say, “You got me. Good job.” But I don’t get it. She’s someone I thought was a really close friend out there. There was no logic behind it. Then you have to go back to Ponderosa and ask, “Wait, what happened?” Then you have to sit there and ponder until somebody tells you what the hell went down. It sucks.

On a happier note, you had an incredible day when you got to both start the tribe’s fire and find an idol. What was that experience like?
That was awesome. We talked preseason about how I was practicing making fire, and I didn’t know if I was a savant or using super flammable stuff. Once we got, Aaron and Tom were trying for a decent amount of time. I woke up and was like, “Can I go?” And I did it in two seconds. That was really funny. Then I found the idol right before sunset; that’s why it’s dark in the footage.

People keep saying that I accidentally found the idol. But I was looking. I had a short time frame to look. I’d collect a piece of wood and stick my hand in a tree multiple times. And I got it on my last one. And I knew as a fan to not tell anyone about it. No one knew.

Did you ever have a moment at Tribal Council where a part of you thought to play your idol?
No, it didn’t even cross my mind. I was trying to think from everyone else’s perspectives on what their best moves would be. I don’t think me going home really benefited anyone’s game except Karishma. People think it helped out Aaron, but I was aligned with him, so I don’t see it. I was so sure I was making it to the swap because I knew it was happening next. I thought there was a very good chance I would be in the minority, and that would be the time to use it. I would have used it for Missy, Elizabeth, Aaron, Dean, even Elaine. I wanted to get Lairo back in numbers. I was so laser-focused on using it for then.

You spoke throughout the season about feeling there was a “gender reversal” at Lairo, with the women controlling the votes, making fire, and finding idols. I know we spoke preseason about you wanting to be a role model player for future female contestants. What do you make of how those dynamics shook out on the season?
I wanted to be that badass survivor that everyone looked up to. As you said, there was a gender role reversal on our tribe. I was making the fire; Elizabeth and Missy were working on the shelter. The girls were stepping up in challenges. I started out doing what I wanted to do in changing the perception of females out there. But ultimately, Missy kept saying she wanted the girls’ alliance to work out, then voted out a girl. They don’t work out, I guess. Not these days.

I watched your Day After video, and you’re clearly emotional. It’s understandable, given how hard you’ve worked to get here in the first place. What were you feeling in the immediate aftermath?
When I first got voted out, I had no idea what happened. I was sick to my stomach and couldn’t eat. All I wanted to do was cry. I was in so much shock. And then I realized, “Oh [expletive], I’m premerge. This is embarrassing.” I’m still upset about it now because talking about it triggers it. This was a lifelong dream. Obviously, you want to win the game. If you don’t win the game, there are those points you want to get to like the merge, the swap, the loved ones visit. I didn’t do any of that. I tried so hard for this, and it wasn’t the outcome I wanted nor ever expected. To go out when I did is devastating. Don’t get me wrong; I’m super grateful to get on the show. If I had to go out fourth or never get on, I would choose going out fourth. It just sucks.

You didn’t get to find out about what the titular Island of the Idols really was until after the game. From a superfan’s perspective, what was your reaction?
(Laughs.) I found out from Vince when I first got back to Ponderosa. I was like, “Are you [expletive] kidding me?! This is what our season is! I’m barely going to get any airtime, and now I’m really not going to get any airtime!” As a superfan, I was like, “Damn, I wish I would have gotten to meet them!” (Laughs.) But from a player perspective, I thought it was cheesy! (Laughs.)